I heart New York: An Icon that Created the World’s Most Influential Logo

In the world of design there are a few iconic moments that have marked history forever, not only revolutionizing an idea at the time, but also sustaining it and ensuring it grows into an irreplaceable landmark. One of the designs that has achieved this level is the I Love NY logo.

If you’ve ever visited New York, you’ll have noticed that every souvenir shop has thousands of different kinds of gifts with the logo printed on them – mementos of your visit to the Big Apple to take home with you.

Milton Glaser and a marketing solution

During the 1970s, New York City had lost some of its shine after unfortunate events such as the South Bronx fire and the blackout of ‘77. New York was bankrupt and needed a new, more emotional and productive image.

The city commissioned a marketing agency to come up with a strategy to improve tourism to the city and create an inspirational and promotional story for the entire state of New York. The main objective of the campaign was to improve the image that others had of New York.

The agency Wells Rich Greene developed the I Love New York project focusing on the most prominent attractions – Broadway and entertainment – and the state’s mountainous nature that was perfect for skiing and outdoor recreation.

Wells Rich Green gathered a team of professionals to produce content around the campaign. Steve Karmen was commissioned to write a song and Milton Glaser to come up with a logo. Both were already well known in the marketing world, each in their own art.

The song was first used in video commercials in which people from other parts of the United States would say a line like: “I’m from Montana, but I Love New York.”

Below, we have copied the lyrics and we’re sharing a link to a video so you can hear the original song.

I Love New York
There isn’t another like it.
No matter where you go.
And nobody can compare it.
It’s win and place and show.
New York is special.
New York is diff’rent ‘cause there’s no place else
on earth quite like New York and that’s why
I Love New York.

Graphic designer Milton Glaser came up with the great idea for the famous logo in a taxi on his way to a meeting with the city council. That scribble in red pencil turned out to be the most important moment of his career.

During a podcast interview, when Milton Glaser was asked about the logo, he replied, “Why does a certain curve and a certain color and a certain contrast hold our attention, and why do certain other forms bore us? I don’t know, it’s a profound mystery.”

After the success of the campaign, New York City (Manhattan and the surrounding area) was rebuilt and the state was able to openly welcome visitors and tourists. Since then, the shared love for New York has grown and grown until achieving the mega-identity it has today. 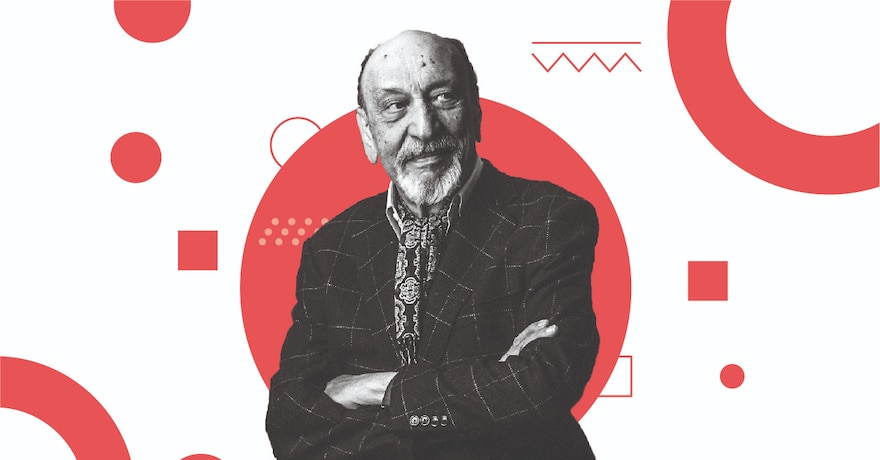 The power of minimalism

Let’s talk a bit about the actual design of the logo for the I Love New York campaign. It’s a logo that fits the trend of minimalism and simplification of information.

Minimalism is a timeless design trend. In the I Love New York logo, a crimson-colored heart holds the center of attention, flanked by three capital letters in the American Typewriter typeface. As an icon, the heart has a life of its own within the larger reach of the brand.

In an interview, Milton Glaser said that the design had managed to fit into that sweet spot between easily recognizable information and ambiguous visual information. The dose of minimalism and ambiguity is present in every detail of the logo; the letter I (which is also a word), the crimson heart and the acronym NY for New York.

At the same time, it is believed that the use of a heart to replace the word love in the visual information was key to this logo. Using icons instead of words is minimalism at its core. Today we use icons to replace all kinds of words, and we even communicate using emojis and emoticons to express emotions on social media and elsewhere.

The persistence of the heart

What Milton Glaser thought would be a short promotion, lasting no more than two weeks, became one of the most successful marketing campaigns in history. More than 45 years have passed since its creation and it is still provoking collective love for New York.

Many years later, Milton Glaser was asked about the phenomenon and said:

“No one could have had any idea how significant the logo would become, certainly not me. It’s amazing to me that it has not vanished, that it is still impactful, that people still respond to it, and it still seems to do its basic job. Perhaps the most remarkable thing about it is not its origins, but its persistence.”

From the beginning – and still today –, the logo has been used by other US cities, as well as having many other influences. The difference is that, now, the state of New York has the official license to the logo and using it for a campaign can cost a lot of money.

The I Love New York campaign now has a website and mobile app, where the iconic red heart icon is the main visual element used throughout the interface. Did you ever stop to think how important a “simple” icon can be?

PS: In the documented history of the logo’s conception and creation, no one mentions the possibility that the crimson heart has a slight association with a big red apple. What do you think?

By Orana 1 week ago

The Best Courses for Improving Your Skills This Summer

By Orana 1 week ago