The meaning of round corners

In UI design, round corners are already an assumption rather than a trend, and it’s now rarer to see angled corners than their rounded counterparts. There are several reasons why curves are more successful than corners, not only in interface design, but also in industrial design and architecture.

Today you’ll learn about the significance of rounded corners, the psychological reasons for their use, and a bit about the history of interface design.

Why is it that curves are more appealing to users?

If you take a look at any cell phone or computer (especially Apple-branded ones) you’ll notice that there are no sharp corners at all – not in the visual elements of the software or on the device itself.

Did Steve Jobs know something about curves that led him to design everything without sharp corners? Well yes, it’s all in the psychology and the workings of the eye. 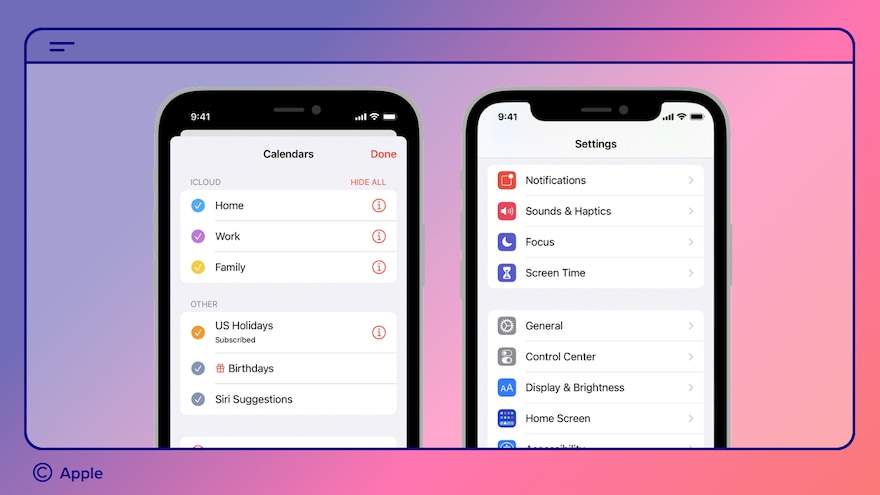 The psychological aversion to sharp corners

Think back to your childhood and remember how it was always drummed into you that sharp corners were dangerous. Your parents or relatives would warn you to be careful when playing, even covering sharp corners and edges with protective foam, old tennis balls, and floating pool noodles. And surely, no matter how careful you may have been, most of you will at some point have had an accident with a sharp corner that resulted in bruises and injuries.

Our shared psychology is that sharp corners are dangerous, painful, harmful, and essentially negative. If you look around, you will discover many rounded rectangles. For example, the corners of a glass table, the tops of chairs, and the edges of appliances in your kitchen – more and more things are rounded. Just take a look at the latest cars, their designs are packed with curves! 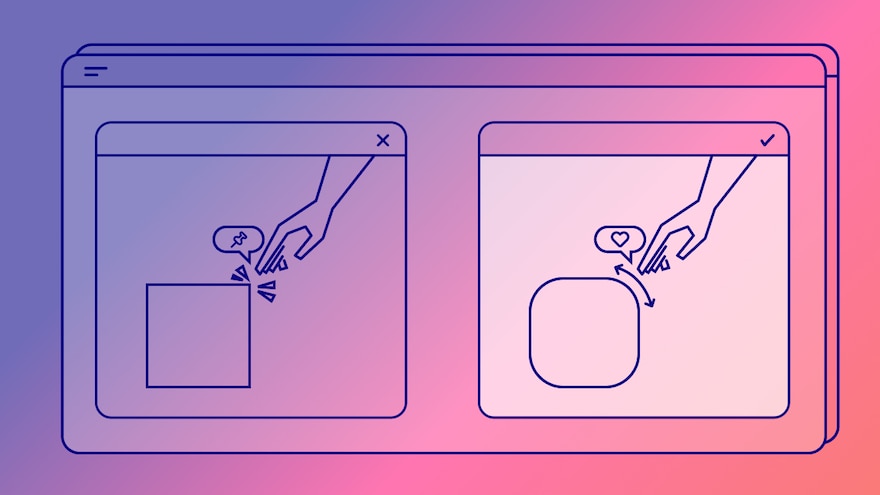 Curves are easier to assimilate

Beyond psychology, curves also enjoy better visual perception. When you look at two-dimensional shapes, those with curves are perceived faster than those with sharp lines.

The fact that our brain captures the information of curves faster than right-angled corners ensures that emotionally we do the same. That’s why we prefer curves!

Rounded rectangles are not new in design, they are present in many, many physical products and in architecture. In interface design, the rounded rectangle is sometimes called “the happy rectangle”. You’ll find it all over websites, apps, digital publications, and so on.

In 2013, Apple took the happy rectangle to a new level. With the introduction of iOS 7, they brought the squircle to life – this was a new, more organic, and subtle type of rounded rectangle. Not only did they employ it for app icons, but they also kept it in mind for every device made since then. 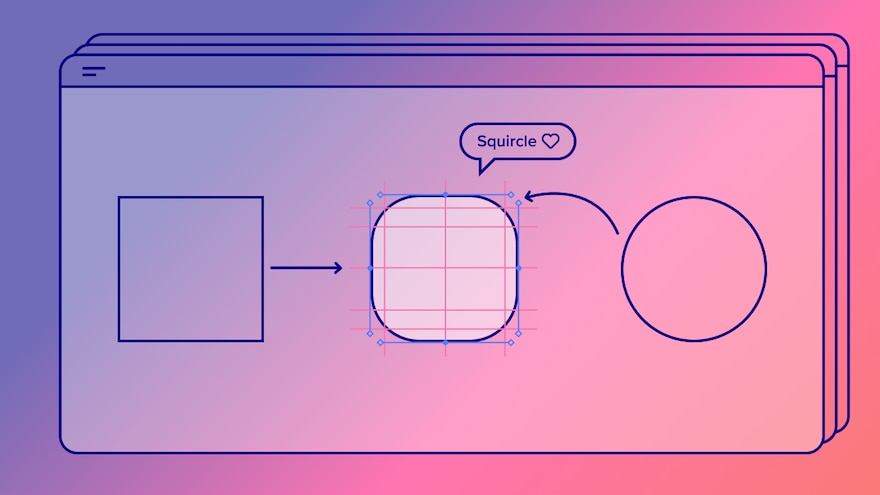 The union between the physical and the digital

When the first computers with interface design appeared, skeuomorphism, a design technique that uses forms and associations of the physical and converts them into digital, reigned supreme. For example, in garbage icons, the floppy disk, and the compass.

Skeuomorphism existed to make the transition to computers easier. But what does skeuomorphism have to do with rounded rectangles? If you remember what floppy disks looked like (if you’re super young, Google them!), you’ll notice that they had rounded corners. The skeuomorphic icon on computers that represented “save” had to follow the same shape.

Today skeuomorphism has taken on other aspects. It is no longer so necessary to make digital design look like the physical. So, what’s happened is that now the digital and the physical share characteristics. Like, for example, the squircle. Just today, I realized that the trash can in my house is in the shape of a squircle. 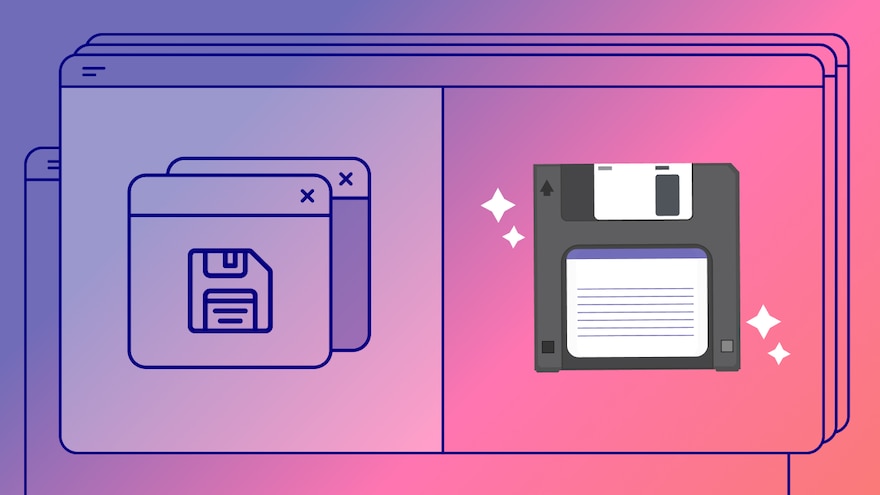 In English, the expression “round the corner” has several meanings. When you’re driving, biking, or rollerblading, and you have to turn a corner, to do it fast, you take it a bit wide and round off the corner.

If you ask someone for directions, they might easily answer, “It’s just around the corner” meaning very close by.

But why talk about rounding corners if a corner is generally not round? Because it’s easier! And besides, no one goes around the corner and turns 90 degrees to continue on their way – as if we were robots!

And that’s why rounded rectangles and squircles are so important because they reflect our realities. 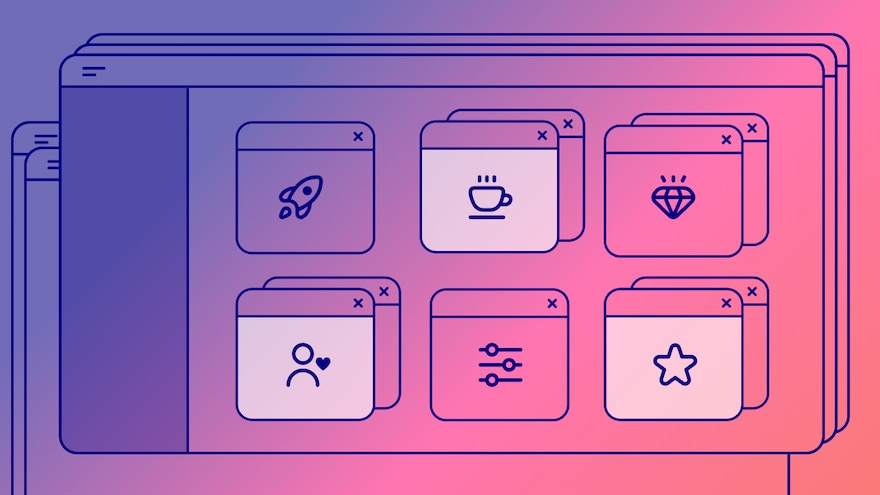 Design with curves with Flaticon

If you’re looking for rounded icons that fit perfectly into your interface design, look no further. Flaticon offers you a great collection of rounded interface icons to use right away. And if, after reading this article, you still want them right-angled… we’ve got those too!

By Orana 1 month ago

By Orana 2 months ago